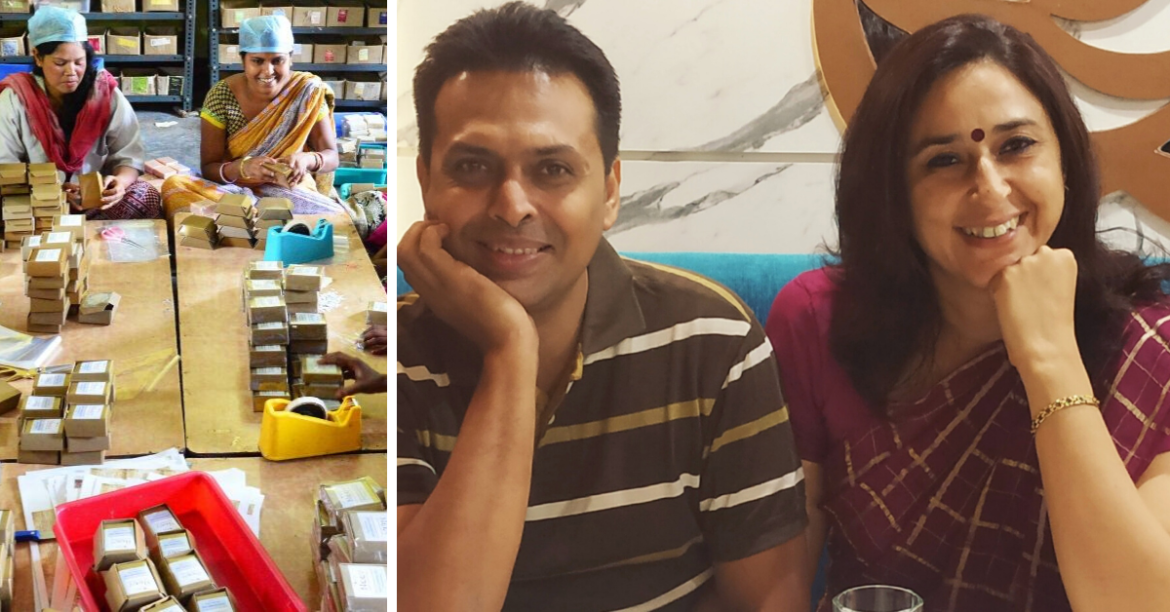 With the vision to empower the rural communities in India, the couple started the NEEV trust (New Education and Environmental Vision) in 2006 in a village in Jharkhand.

Two years into their corporate career, engineering graduates, Anurag and Shikha Jain, decided to quit their jobs to start their own venture. Today, their company is a national award-winning enterprise empowering thousands of farmers and women from rural communities.“Ever since college, Anurag and I wanted to lead a life of ‘self-enquiry’, to get to know ourselves better and do something more worthwhile,” says Shikha. “At the same time, we wanted to support ourselves. After quitting our jobs, we reached out to many NGOs and foundations,” she adds.

And thus began the couple’s journey of improving the lives of rural children and women.With the vision to empower the rural communities in India, the couple started the NEEV trust (New Education and Environmental Vision) in 2006 in a village in Jharkhand. In a span of 4 years, they reached out to different organisations to collaborate for various ventures and set up around six learning centres, a Tuberculosis and a leprosy health centre across the state. “We also conducted health camps within the state which catered to around 300-500 patients and collaborated with hospitals in Jharkhand to provide free medicines and treatment to patients. We also reached out to around 600 farmers, providing them with training and employment opportunities,” says Shikha.

Despite all their efforts, the couple felt that they were not able to solve anything permanently for the underprivileged. They then thought of conducting workshops to upskill rural women in the art of natural soap-making.“We decided to conduct soap-making workshops for the women of the tribal community in the village of   Hurling, Jharkhand. I myself didn’t know how to make soaps, so I joined these women and slowly we understood the art of soap-making,” Shikha explains. This later expanded and soon became NEEV Herbal Handmade Soaps.

When the couple started selling the soaps, they were pleasantly surprised at the kind of response their product received. The soaps started selling so quickly that they had to hire more women at the production unit. Today, NEEV has expanded their range of products to creams, face masks, scrubs etc.Registered under the Khadi Village Industries Commission, the company mainly aims to empower women from rural communities through employment opportunities and at the same time produce something that is beneficial to the planet and society at large.

Neev soaps are made with vegetable (coconut, castor, olive and mahua) and essential oils. They have no added chemicals or artificial colours.The couple’s organic farm which is about 25 square feet of land, provides most of the ingredients used in the soaps including mehndi, ashwagandha, Shatavari, bhringraj, Brahmi, clove, basil, cucumber, lemon etc. Other ingredients like papaya, neem, tomato, carrot, drumstick, custard apple, are organically grown in the village.

The soaps are made in small batches using the cold-process method, which preserves the beneficial qualities of herbal ingredients. The entire unit runs on solar power with no wastage of electricity and the runoff water is used to water the unit’s farm.Neev employs only rural women for the production process. Though the current number of women working at the unit is about 50, till date, the unit has improved livelihoods for more than 400+ rural women. Most of whom also go to college and pay tuition fee through their income at the soap unit.The trust has also expanded into other areas like making incense sticks and carpentry.

NEEV Trust has received many state-level awards and also the National Award in Micro, Small and Medium Enterprises for being the best REGP KVIC(Khadi and Village Industries Commission) Unit in the East Zone of India in 2010. “We’ve never invested our time in marketing and all of our responses have been through word of mouth. We’ve always grown organically and it’ll keep expanding with new knowledge coming our way,” she adds. Located in the remote village of Hurling in Jharkhand, India, NEEV provides an honourable source of labour for women living within the village community.